Deep Cove refers to the community in the easternmost part of the District of North Vancouver, in British Columbia, Canada, and is also the geographic name of the small bay beside the town. It is affectionately referred to as "The Cove" by local residents. Located at the foot of Mount Seymour, Deep Cove faces due east, fronting onto Indian Arm, a branch of the Burrard Inlet. The area is the traditional territory of the Tsleil-Waututh and Squamish Nations. Deep Cove is 13 kilometres (8.1 mi) from downtown Vancouver.

Things to not miss are Quarry Rock and Honey's Doughnuts.

Deep Cove, or Deepwater as it was first known, is a traditional clamming and fishing area of the Tsleil-Waututh nation who lived in the area since time immemorial. British and Spanish naval explorers scouted Indian Arm in the late eighteenth century, and by the mid-nineteenth century, whales were being caught and flensed on the Cove's shores. Deep Cove became a popular summer resort for Vancouver residents in the 1910s, with cabins, logging and granite quarrying featuring in the local history. For many years, the focal point of the community included a yacht club, dance hall and general store. The population slowly grew in the 1960s and 1970s, when access to the area improved following the completion of the Second Narrows Bridge to Vancouver in 1960.

However, Deep Cove held on to its rural feel, and a large, open horse paddock sat adjacent to Gallant Avenue in this period. Today, the Cove remains a popular attraction in the district, drawing visitors from neighbouring Cove Cliff, Dollarton, Parkgate, Indian Arm and Woodlands areas. With its proximity to forests, mountains, skiing, hiking, parks and the water, Deep Cove is well known among outdoor recreation enthusiasts. The Deep Cove Bike Shop, a local institution, brought the first mountain bikes to Vancouver in the early 1980s. Deep Cove is a popular small boat centre, with a Rowing Club, kayak rentals and lessons, and a marina. The bay in front of the community is one of the few in Indian Arm which has both a sheltering shape and the shallow bottom required for overnight anchorage of pleasure vessels. The Baden-Powell Trail leading up to the lookout point, Quarry Rock, is a popular spot for visitors, especially in the summer. 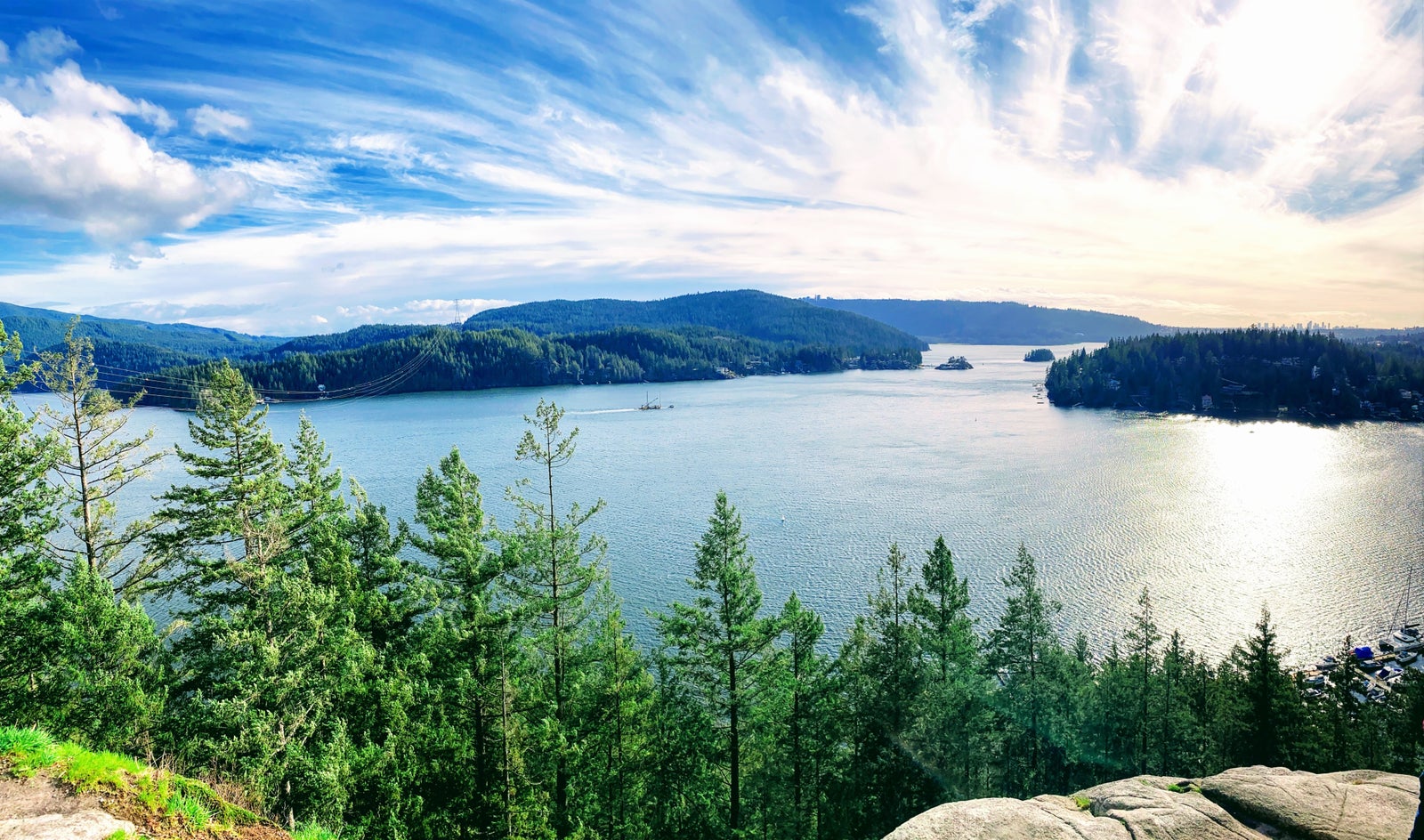